Furnish Hope for 20 Families In Need 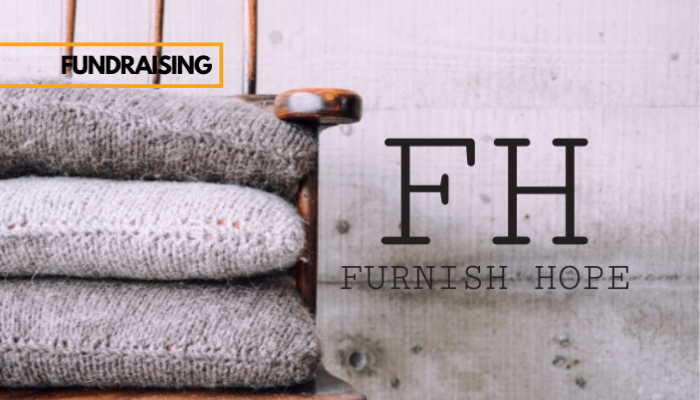 Furnish Hope is a nonprofit (IRS status pending) that uniquely serves the most marginalized in our region, filling a need that in the past has gone unmet. Bare dwellings are transformed into warm, inviting homes for people in need by providing basic home furnishings and household essentials. Thank you for your help furnishing homes for 20 families in our community during a time of increased need!

Donate
62.55% Raised
$8,757.00 donated of $14,000.00 goal
4 Donors
26 Days Left
Donate
Founder and CEO, Megan Martin, received a radical vision after two years of praying and asking God for purpose and calling for her life. With zero financial resources to back the vision, Megan agreed to furnish all the homes that would be built in the coming year by Habitat for Humanity. It turned out there would be over 20 homes! In obedience to God’s voice, she said, “Yes.” Deborah Asato volunteered to help support operations in the evenings and weekends when her workday ended. In October the Furnish Hope team expanded to include Deborah Asato, COO and Mary Barlow, CFO, along with many regular volunteers.
Pulling furniture from their homes and scouring thrift stores and online marketplaces, the first two Habitat homes were furnished in March of 2019. In October of 2019, after furnishing several more Habitat homes, a request came to furnish an Extended Living House for seven male graduates from Shepherd’s House Life Change Program. Again, the response was, “yes,”even though inventory was scarce. Prayer followed. And then God showed up – and showed off. Hope was furnished over and over and over again.
Since October 2019 the Furnish Hope team has expanded to serve over 30 social service agencies receiving an average 20 referrals to furnish homes each month.

WIWC does this by connecting people and resources in the community with nonprofits and the projects they are driving to address the needs of the community.

Your ticket for the: Furnish Hope for 20 Families In Need

Furnish Hope for 20 Families In Need